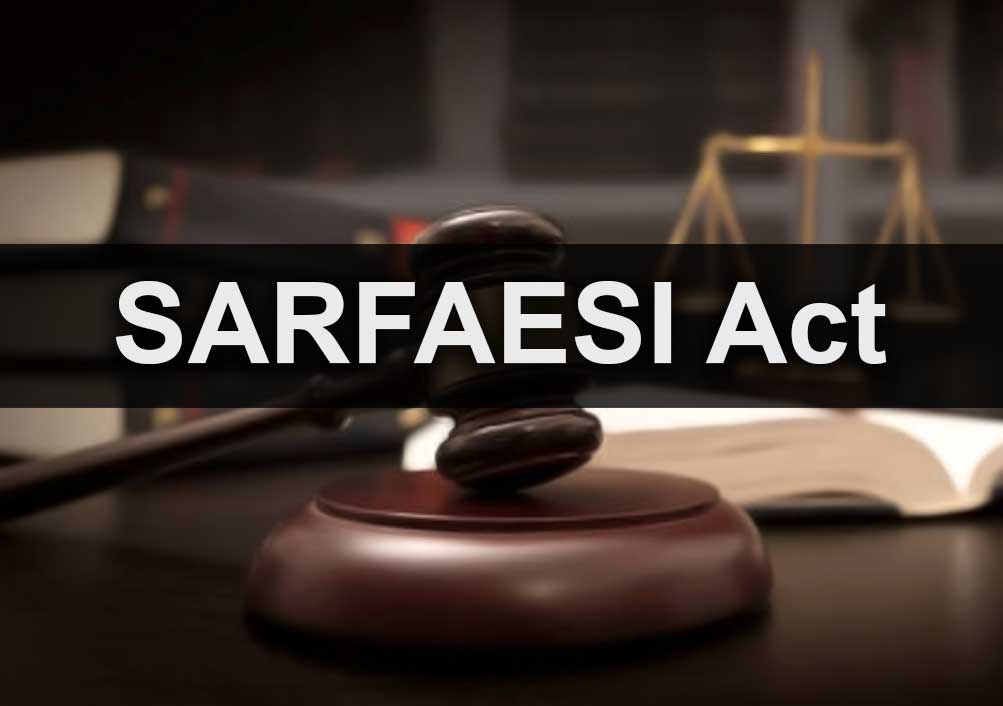 The 2002 Act of The Securitisation and Reconstruction of Financial Assets and Enforcement of Securities Interest, hereinafter referred to as the SARFAESI Act was passed on December 17, 2002.

The purpose of the Act is to help the lenders to recover their debt as soon as possible. The SARFAESI Act assigns great powers to the banks and other financial institutions to auction residential or commercial properties directly that have been pledged with them in order to recover loans from borrowers. Before the SARFAESI Act came into effect, all the financial institutions had to follow a lengthy and time-consuming process, i.e. to go to the courts to recover their dues.

The Banks and Financial Institutions Act, 1993 was the very first Act that was enacted to deal with such types of debt recovery. This Act was passed after the recommendations of the Narasimham Committee were submitted. This Act created forums for adjudication of disputes concerning such types of cases, i.e. Debt Recovery Tribunals and Debt Recovery Appellate Tribunals. Due to various loopholes in the Act, the borrowers, as well as the lawyers, misused them for their own benefits. This led to the Indian government to look into such activities and bring new legislation for the same. A committee was appointed to examine banking sector reforms and to bring necessary changes in the legal system of India.

The committee made a recommendation to enact new legislation for the establishment of securitisation and reconstruction companies and give power to the banks and financial institutions to convert their non-performing assets.

The SARFAESI Act empowered the secured creditors to recover their dues without any intervention of the court. The implementation of this Act was challenged in the court, which delayed its coming into force for two years.

The Act gives special power to the banks at the time when the borrower defaults on a loan to recover dues that were financed by such bank against collateral from the borrower. The lender is allowed to take the possession of assets that are pledged of the borrower including its management, or they may ask debtors of the borrower to pay their dues too, after giving a notice of 60 days. This procedure provided under this Act saves the precious time of banks and financial institutions which otherwise would have spent in court proceedings.

There are various drawbacks to this Act which further lead to its amendment. The major drawback of this Act is that it does not apply to unsecured creditors. Other drawbacks in the Act were highlighted in its recovery mechanisms in the Insolvency and Bankruptcy Code, 2016.

The Government of India on October 13, 2011, approved the introduction of the (Amendment) Bill, 2011 in the Parliament. The two acts mentioned above called as SARFAESI Act, 2002 and Banks and Financial Institutions Act, 1993 (DRT Act) have been by amended by The Enforcement of Security Interest and Recovery of Debts Laws (Amendment) Act, 2011. Through the amendment of 2011, the following changes were made: It allowed the Asset Reconstruction Company (hereinafter referred to as ARCs) and Banks to convert debts of the defaulting company into equity. Instead of being a creditor of the company, the lenders or the ARCs become an equity holder.

Furthermore, the amendment not only enables the bank to bid for an immovable property themselves but also if ituation arises where they do not receive any bids at the auction, the bank will settle with amount aid for its property while making some adjustments. This leads to the securement of assets along with the fulfilment of the defaulted loan. When the debt is cleared, the property can be sold off to a new bidder by the bank.

The amendment was made to the SARFAESI Act, 2002 by the amendment of 2016. The Act added various new definitions, widened the scope of the Act of 2002 and gave various new powers to RBI regarding making necessary policies.

Some of the major amendments that have been introduced by the Act of 2011 are:

The Act provides various benefits and security to the banks and financial institutions and also help them to reduce their non-performing assets by adopting various quick techniques and measures. The amendments to the Act made it very strong and capable of dealing with various problems concerning debt recovery.