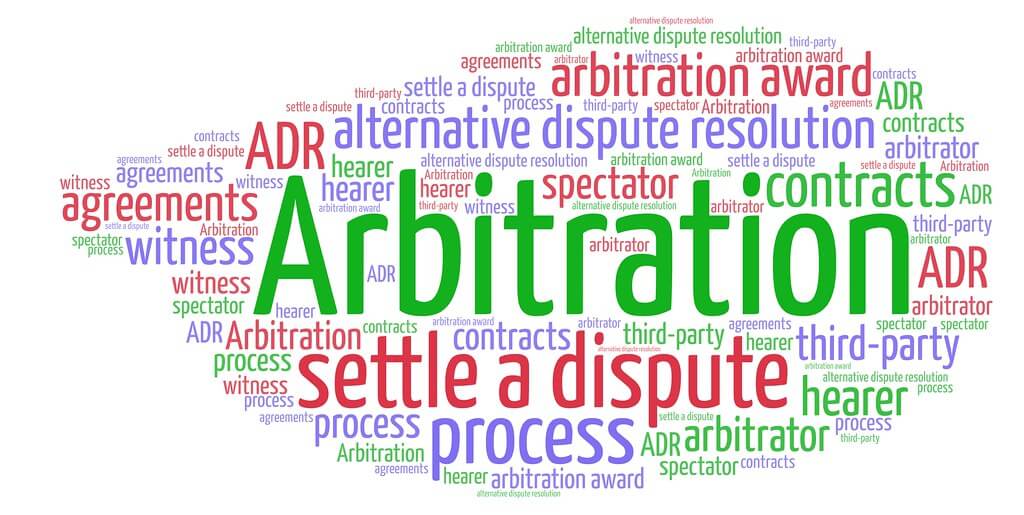 Alternative Dispute Resolution (ADR) and litigation can be referred to as two peas in a pod in the world of law and justice. Though both the procedures share common goal i.e. resolution of disputes, the process to reach such a goal is very different. The dictionary meaning of the term ‘litigation’ is the process, act, procedure to describe the settlement of disputes in a court of law. Arbitration law in India is one of the most commonly used forms of Alternate Dispute Resolution. The term ‘Alternative Dispute Resolution (ADR)’ means resolving disputes among two or more parties outside the courtroom. ADR includes Arbitration law in India, Mediation and Conciliation.

In order to understand the difference between the processes of both the procedure an illustration needs to be used:

As the arbitral clause has been invoked, therefore B may send a legal notice to the defaulter, i.e. A, to avoid initiating the arbitral proceeding. In case the defaulter fails to comply with the said notice then B may refer the matter to the arbitrator by way of a letter through its Authorized Representative/Advocate as per Section 10 of the Arbitration & Conciliation Act, 1996. The party has the liberty to appoint a number of arbitrators but it must be an odd number, in case no such thing is mentioned or the party fails to appoint an odd number of arbitrators then a sole arbitrator will be appointed. The Arbitrator then gives the consent to be the arbitrator for the adjudication of the disputes referred to him. The so appointed arbitrator then sends out the notice under section 21 of the Act, where the details of the appointment, the next date and time of arbitration proceeding along with the details of the place where the proceedings will be held is mentioned. Moreover, the arbitrator may even direct the parties to file their respective statement of claim and defence etc. The Statement of claim is filed by the one who has invoked the clause/claimant and Statement of defence by the other party/defendant. In case the defendant has any conflict regarding the appointment of the arbitrator then the other party may file a written statement of the reasons for challenging the arbitral tribunal within 15 days after becoming aware of the appointment of the arbitrator but the reason for the challenge must fall within the categories as mentioned in clause 3 of Section 12 of the Act. If no challenge is received then the parties have to file their respective pleadings, in case the claimant fails to file their Statement of Claim the proceeding will be terminated by the tribunal. In case the defendant fails to file the statement of defence even after sufficient opportunities the arbitrator has the power to proceed the matter with the ex-parte and pass the award accordingly. In case the pleadings are filed by the parties then the arbitrator shall decide whether to hold the proceeding for oral hearings for the presentation of evidence or for oral arguments or for proceeding based on the submitted documents and statement. And after the conclusion of the argument, the arbitral tribunal will pass an award in favour of such party that deems just and fit the tribunal.

In case, if there was no agreement or if the arbitration clause was missing from the agreement the party will have no other option but to resolve the disputes through mediation, litigation or court-referred mediation once the case is admitted in court. In case of litigation, the party may file a recovery suit under Order XXXVII of CPC 1908 or if the amount exceeds three lacs then the suit will become a commercial suit and will be adjudicated as per the Commercial Courts Act, 2015.

Difference between Arbitration and Litigation:

Litigation is a slow-going, complicated and expensive way for the resolution of disputes.

In litigation, the judges hold the proceedings that have cleared the Judicial Services and are the acting judicial officer of the court.

In litigation, as the judge holds proceedings of several cases in one sitting and each case needs just and proper adjudication therefore it is a slow process and thus the burden of pendency is high.

In litigation, court fees need to be paid only once at the time of filing of the plaint.

In litigation the place is fixed as the case will be adjudicated where the territorial and the pecuniary jurisdiction of the court lies.